I wanted something with a distinct culture and drier landscapes; a place I could escape modern life. Morocco seemed to house the ingredients I was looking for.
Over eight days, we traveled 2100 km, from Marrakech to the Western Sahara and back to Marrakech.
There is only one road that connects Marrakech to southwest Morocco. This stretch of asphalt crosses the Atlas Mountains, and for the first three hours of our drive, their rocky peaks surrounded us. Then, as the road reached its highest point, we saw the first dunes on the horizon.
The reward of a late-night arrival was seeing the ancient village Ait Ben Haddou lit up only by moonlight.
The XI century Ksar has no electricity, so this meant that our local homemade dinner scene was illuminated by candles and the moon, making the whole experience unforgettable. Though it was our first, the night turned out to be the of our entire trip.
On the second day, after a long stroll through the Ksar, we began the first of many offroad, excursions. One, in particular, brought us to the back of CLA Studios, one of two large movie production studios in the small and pleasant city of Ouarzazate. After exploring some movie sets and their giant props, we ended the day on a high note by driving through the Dades Valley and its famous winding road.
Day three brought on a new long road and a police blockade. Luckily, the policemen were always polite and courteous, and the journey through the Dades Valley to Merzouga, a small town at the entrance to Western Sahara, was peaceful. As we drove, the first signs of Morocco’s famous sand dunes came into focus, and I couldn’t help but picture the landspeeders and sandcrawlers from Star Wars cruising around. 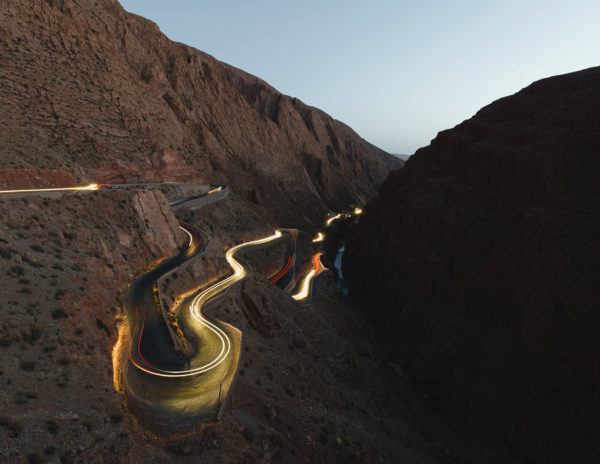 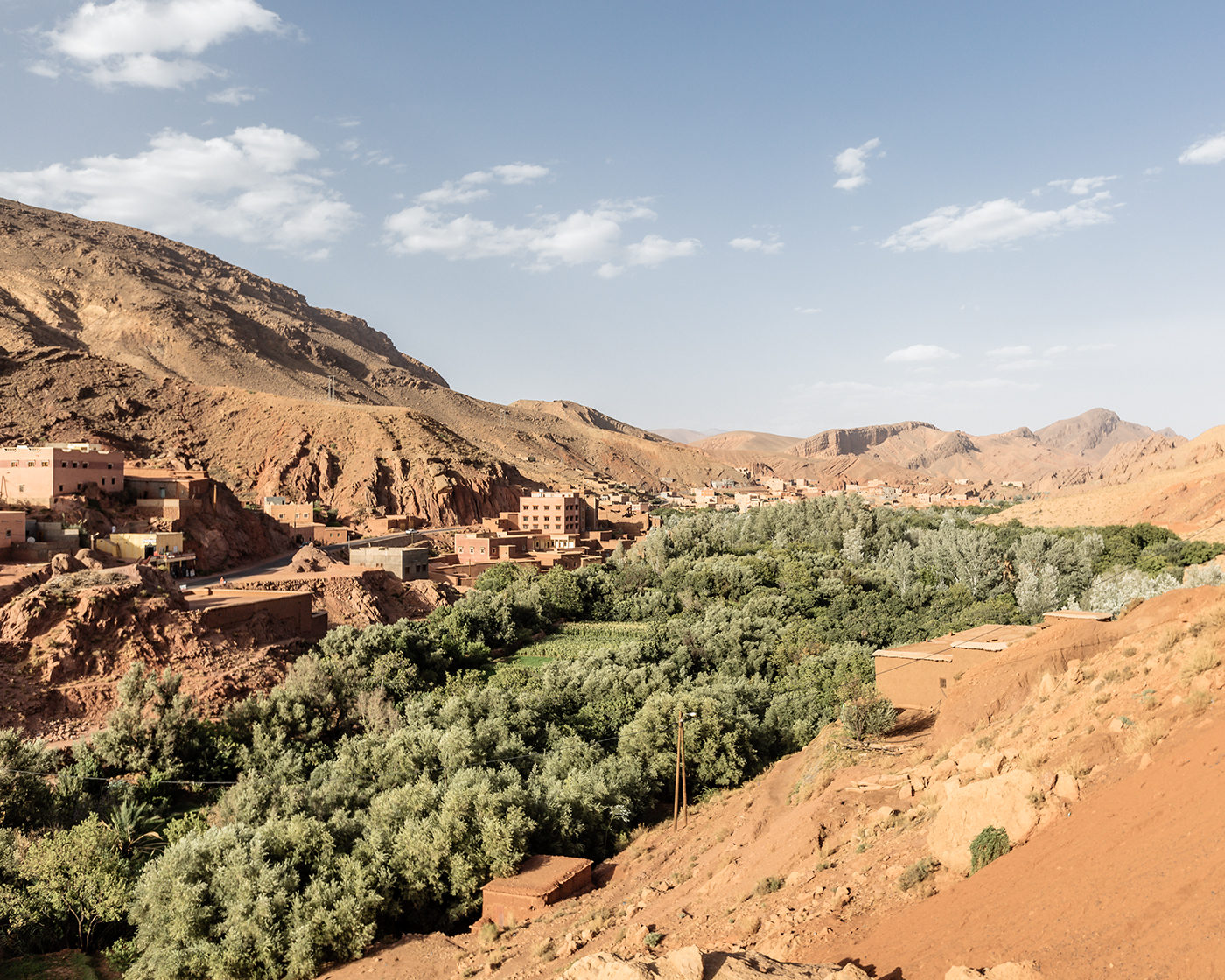 We spent two days and two nights in the Sahara, where we saw unforgettable sunrises and also had the privilege of meeting local Berbers.
In Morocco, the contrast between cultures, in this case, Berber and Arabic, is not as visible on the surface as in other places, but it is there.
Leaving the Sahara, we headed north towards Errachidia. We drove through mountains, valleys, and gorges, the landscape changing by the hour. Just outside of Errachidia, we found what remains of a vast lake that reflects one of the most significant problems in Morocco: drought. A local informed us that the problem wasn’t a result of global warming, but actually caused by hotels with two or three swimming pools to maintain. We didn’t stay long in Errachidia, as the large and industrial city didn’t offer much to us.
From there we began backtracking towards Marrakech, always through roads that steered away from urban centers and offered views of Morocco’s pristine landscapes. But as we drew closer, the towns and cities grew larger and louder, and we began to feel that the best was behind us.
We spent the night in Marrakech and explored the city by foot and without much intention in a few hours, we had seen the beautiful but chaotic city we had heard about.
But looking back, as a whole, Morocco is a beautiful country, its interior and the Berber people are an ode to resilience and minimalist lifestyle. If you feel comfortable with minimalism or isolation, whether as aesthetic concept or lifestyle, you will find a special destination in the interior of Morocco.

Plan your road trip in advance
Make sure you stop at the supermarket for water and snacks
Take light & practical clothes
Rent a four-wheel drive or at least an SUV
Spend two nights at the desert
Experience the Shara sunrise, its one of a kind
Enjoy a Berbere omelet for breakfast